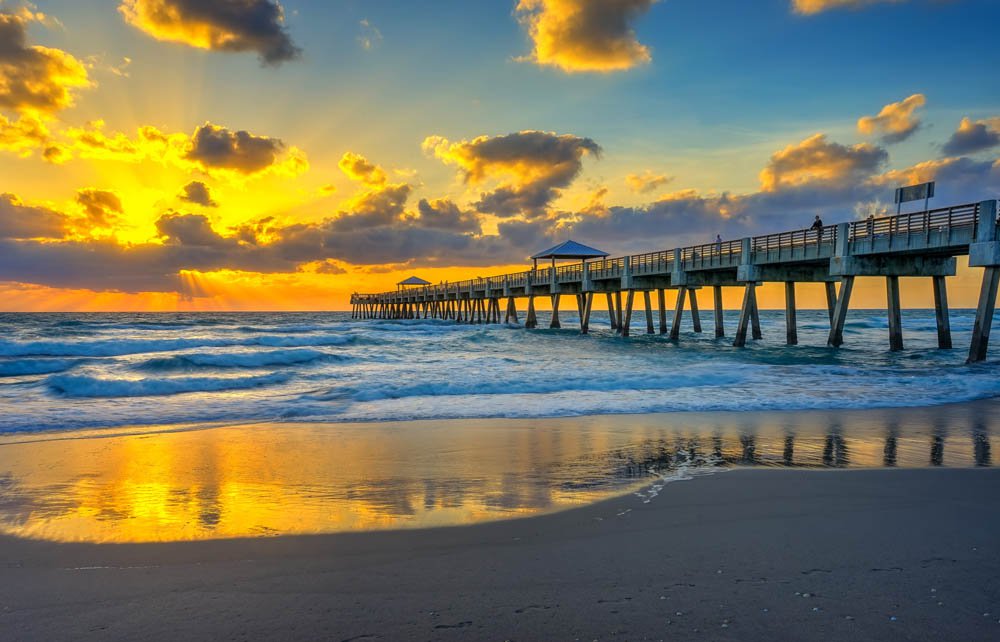 Location, Lifestyle and Luxury.. Located in the exclusive Guard-Gated community of Admirals Cove. This custom NEW CONSTRUCTION located on a quiet cul-de-sac. Boasts 5 be...

Welcome to 3208 Pilots Point Circle, one of the most exquisite, private, waterfront estates in all of Jupiter. This direct intracoastal estate is situated on almost 1.5 a...

The pinnacle of a true polished modern masterpiece overlooking the Loxahatchee River sitting on 119 feet of direct waterfront. Come drop anchor, and be ready to get blow...

Unique offering on the bright, blue waters of the Loxahatchee River in Jupiter. This parcel is just under 1/2 an acre and is available for the first time in 60 years!! ...

Rare point lot with endless views on the Loxahatchee River and an amazing 232' of BLUE WATER frontage. Just under 1/2 acre lot in the heart of Jupiter gives opportunity ...

Your own slice of Paradise in Jupiter, Florida. Wide water views with Spectacular Sunrise and Sunsets! Just a 5 minute cruise from this Waterfront Property to the Jupiter...

Expanded Courtyard Home with long water views. The home is lushly landscaped for privacy. Enjoy your own oasis in the courtyard style pool and patio. Separate guest ho...

The perfect family home in very desirable Jupiter Inlet Colony. Just minutes from all that Jupiter has to offer yet on the southern point of Jupiter Island. Just steps fr...

This marvelous waterfront property located within a highly desirable area of Jupiter, FL rests on over 100,000 sqft, 2.45 acres of manicured land encircled by alluring fr...

Build your dream home on this waterfront estate lot in prestigious Admirals Cove. Minutes to the Intracoastal, protected dock,, and all that Admirals Cove has to offer.

Spectacular river and canal views from this beautifully renovated, concrete block home in the prime location of Jupiter just minutes from Jupiter Inlet. This turnkey sing...

Welcome to Jupiter Island, one of the most exclusive and sought-after areas in the nation. This tropical barrier island spans 17 miles long and is located between the bea...

Nestled along the oak canopied streets of Admirals Cove sits this completely renovated, waterfront gem. Every attention to detail was paid to this Eagle Drive Harbor ...

Two story Key West style 3 bed 3 bath situated on lot and a half room for a pool and garage addition. Just minutes to Jupiter Inlet No Fixed Bridges. Features 105 ft of s...

This boater's paradise is a hidden gem with NO FIXED BRIDGES! Eliminate the hassle and cost of marina boat storage (approx. $500-$700/mo.), and be on your way to enjoying...

This very desirable floorplan in the prestigious Anchorage Building at the Jupiter Yacht Club is what luxurious condo living on the Intracoastal is all about. Features in...

Absolutely stunning waterfront pool home in the heart of Jupiter. Rare opportunity to own such a charming, unique property and have ocean access from your backyard. 10 mi...

Three (3) Bedroom Oceanfront Condos in Juno Beach, under $2M, are a rarity . At $1.3M Brigadoon E-2B is that perfect find with its top to bottom, inside out renovation, f...

Have you ever visited Jupiter, Florida? If not, then, now is the best time to come on down to Jupiter Florida!

Jupiter is a charming town located in Palm Beach County that serves as the home to thousands of residents who all love the place for many good reasons.

The town has so many things in store for both locals and tourists, from its mesmerizing landscapes to the sun-kissed beaches. This is why it is not a big surprise that Jupiter was named as one of the United States’ Ten Happiest Seaside Towns. It's no wonder why home shoppers are seeking out luxury Jupiter south Florida houses for sale and are buying up the waterfront homes and condos.

However, before you decide to move to this happy, and beautiful place, wouldn’t it be better if you learn about its history first?

It is said that the history of Jupiter, Florida started as far back as the early 1800s, during days when there was still an abundance of land in a time when land ownership was almost synonymous with wealth. 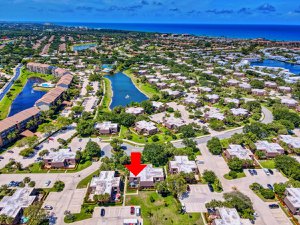 The Native Americans’ Hobe tribe first settled in the area with their village located at the mouth of Loxahatchee River that flows towards the ocean at the Jupiter Inlet.

The name of the tribe is in honor of Hobe Sound, a brackish lagoon separating the mainland and the barrier island.

Somewhere throughout history, someone assumed that the spelling of “Hobe” was “Jobe” and this was changed further into “Jove.”

Someone may have also assumed that Jove was actually the Latin name for one of the ancient gods, Jupiter.

In ancient Greece, Jupiter was called Zeus but this error was not made, with the early settlers sticking with the name Jupiter.

This name seems to be suitable enough since there is a belief among ancient Romans that Jupiter was the god of the sky, light, and weather and coincidentally, Jupiter, Florida has superb weather.

The area of Jupiter, Florida came to the attention of the general public when Jonathan Dickinson was shipwrecked on Jupiter’s shores and barely escaped death at the mercy of the rather unfriendly native Indians.

Dickinson chronicled in his journal the ordeal that his family went through with Jega Indians as well as his trek of 230 miles to safety in St. Augustine. Dubois Museum located in Dubois Park now stands on top of the Indian mound that Dickinson described as the spot where his family was held in captivity.

The Construction of the Lighthouse

It was in 1800s when Jupiter Lighthouse, the most notable landmark of Jupiter, Florida, was built. The Lighthouse has a height of 105 feet and sits on top of the 46-feet hill on Jupiter Inlet’s north shore. The land that is currently Lighthouse Park used to be part of Fort Jupiter, the military installation made during Seminole Indian Wars.

The history of Jupiter, Florida is a long and interesting one that a day is not enough to discuss everything that the place has been through. But, one thing is for sure, Jupiter’s history proves that its beauty and charm has truly stood the test of time. 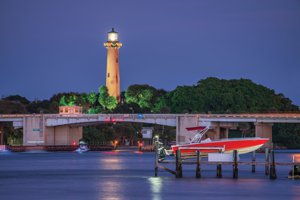 Jupiter is growing and from the beaches to the Farms Jupiter is attracting People from all over! Still Jupiter has an energy of a small fun town with people of all types and back ground enjoying the restraints and bars. The Lighthouse area at the inlet is a hot spot!

Are You Ready to Make the Move?

If your ready then it is time to shop and your in the right place to find Luxury Florida Homes in Jupiter.

What to do in Jupiter Florida

Are you wondering about what you can do in Jupiter, Florida?

Well, you don’t have to worry because whether you are a tourist or a local, there are lots of outdoor and indoor activities that await you here. Jupiter Florida is popular for its aquamarine waters and sun-kissed sands, Jupiter serves as the home to numerous attractions that cater to people with different interests.

Southeast Florida’s largest park offers its visitors with an extensive selection of activity options. If you want to explore the park and burn off some calories while doing so, there are bicycle, kayak, and canoe rentals available.

Climb to the Top of Jupiter Lighthouse Park

Since 1973, the public has been enjoying access to the Jupiter Lighthouse and Park that sits on the 120-acre site that offers the most panoramic views of the coast. If you are fearless and fit, climbing to the top is an activity you will never forget. 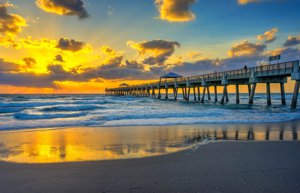 The Marielife center is a sea turtle research, rehabilitation & conservation center located in Juno Beach. It amazing to go watch the sea turtles come up on the beach sands and lay their eggs. The canter also runs the Juno Beach Pier.

Isn't time to find your Luxury Home or Condo in Jupiter Florida? Come on in! 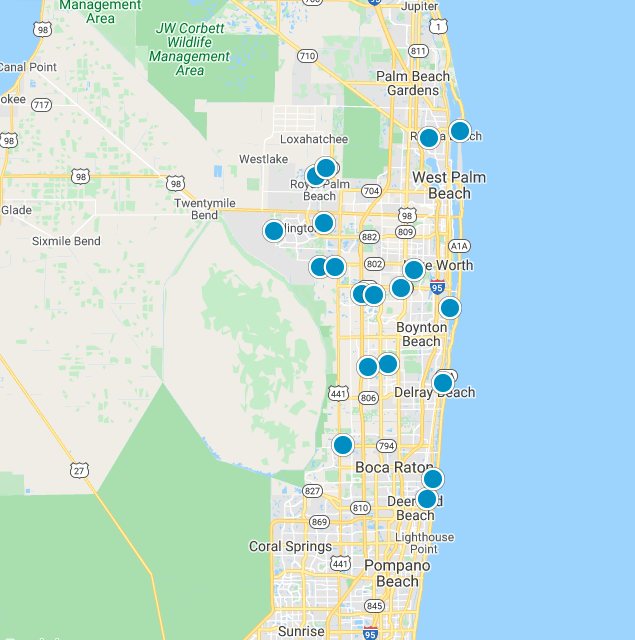